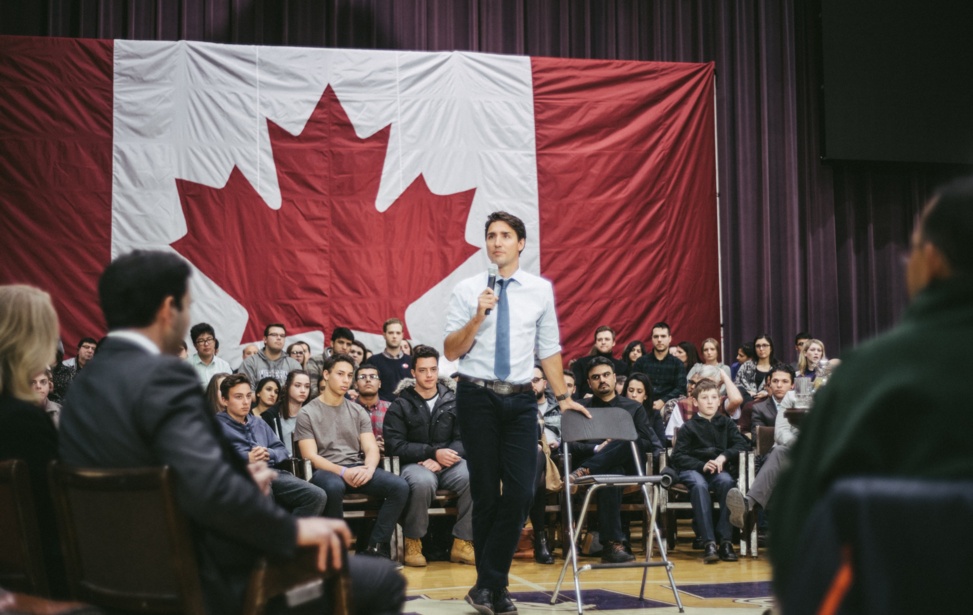 Prime Minister Justin Trudeau’s seven day cross-Canada tour came to London, Ont this weekend. There was a record demand for the town hall and the location had to be changed three times throughout the preceding week settling with the final location: Western University’s Alumni Hall.

The venue was bursting at the seams with over 2000 people filling every seat in the house. Demand was so high that 1500 people weren’t lucky enough to see the Prime Minister speak.

The first gentleman asked Prime Minister Trudeau about his broken promise to run only a meager ten billion dollar deficit a year. Much like a true politician, Prime Minister Trudeau deflected the question refusing to acknowledge that he had broken his promise and ran a deficit of 29.4 billion in the 2016-17 fiscal year. This wasn’t the only time Justin Trudeau deflected questions throughout the night; he spent the entire evening dodging questions like Neo from The Matrix.

Trudeau was running this cross-Canada tour to listen and answer the concerns of everyday citizens, yet he refused to give a concrete response to any of the questions presented Friday night. 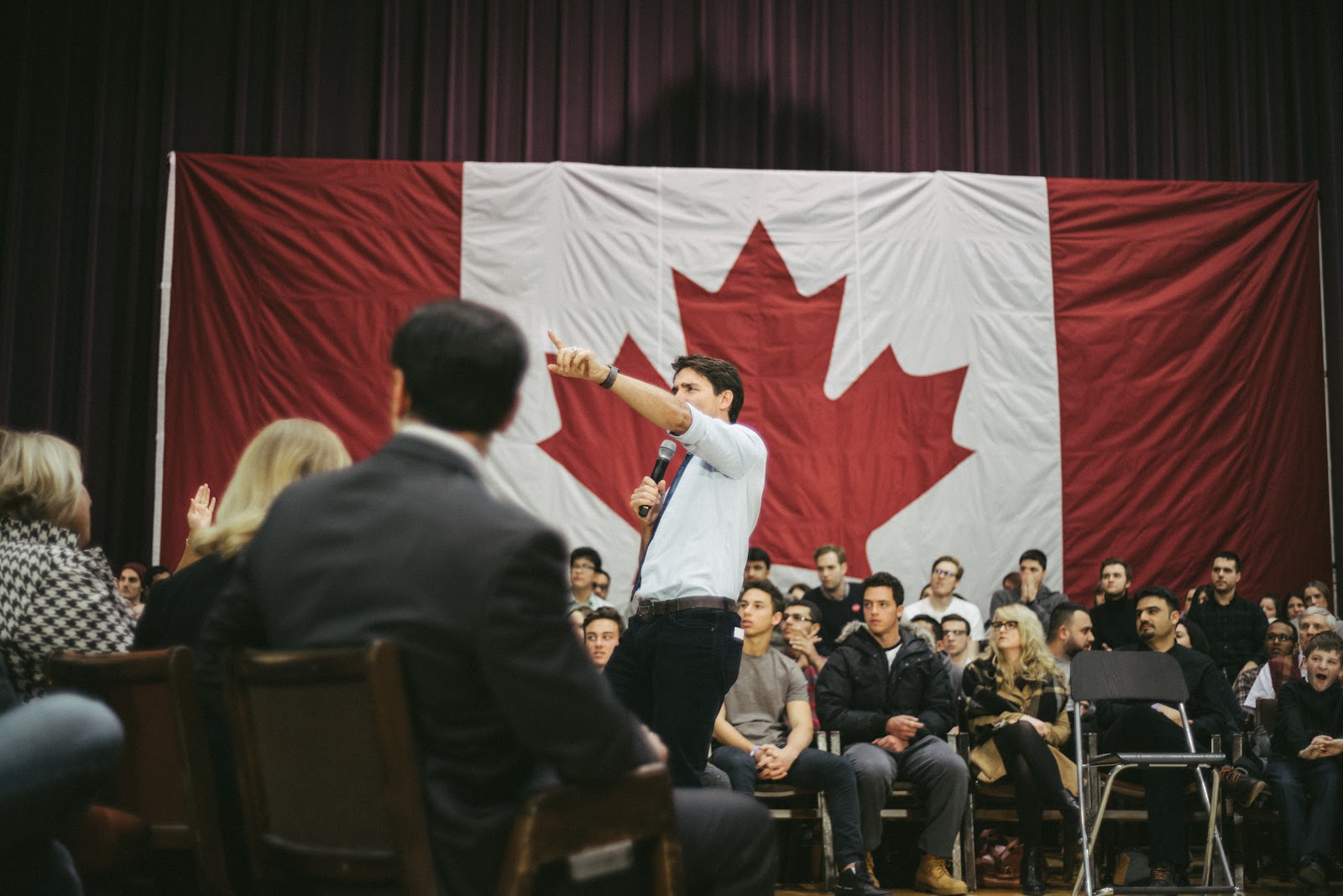 An everyday citizen was very concerned with Canada’s position in dealing with countries that were unethical. Canada has recently sealed a 14.8 billion dollar arms deal with Saudi Arabia, arguably one of the worst human rights violators in the world. This man addressed his concerns alluding to the Saudi-Canada deal.

The Prime Minister's response? “If we were to hold everyone to the same ethical standards as Canada we wouldn’t deal with anyone.”

He then proceeded to talk about the General Dynamics plant in London. His response eluded that it was OK to make deals with countries who violate international law, or have poor human rights, because it is not up to Canada to hold them accountable. 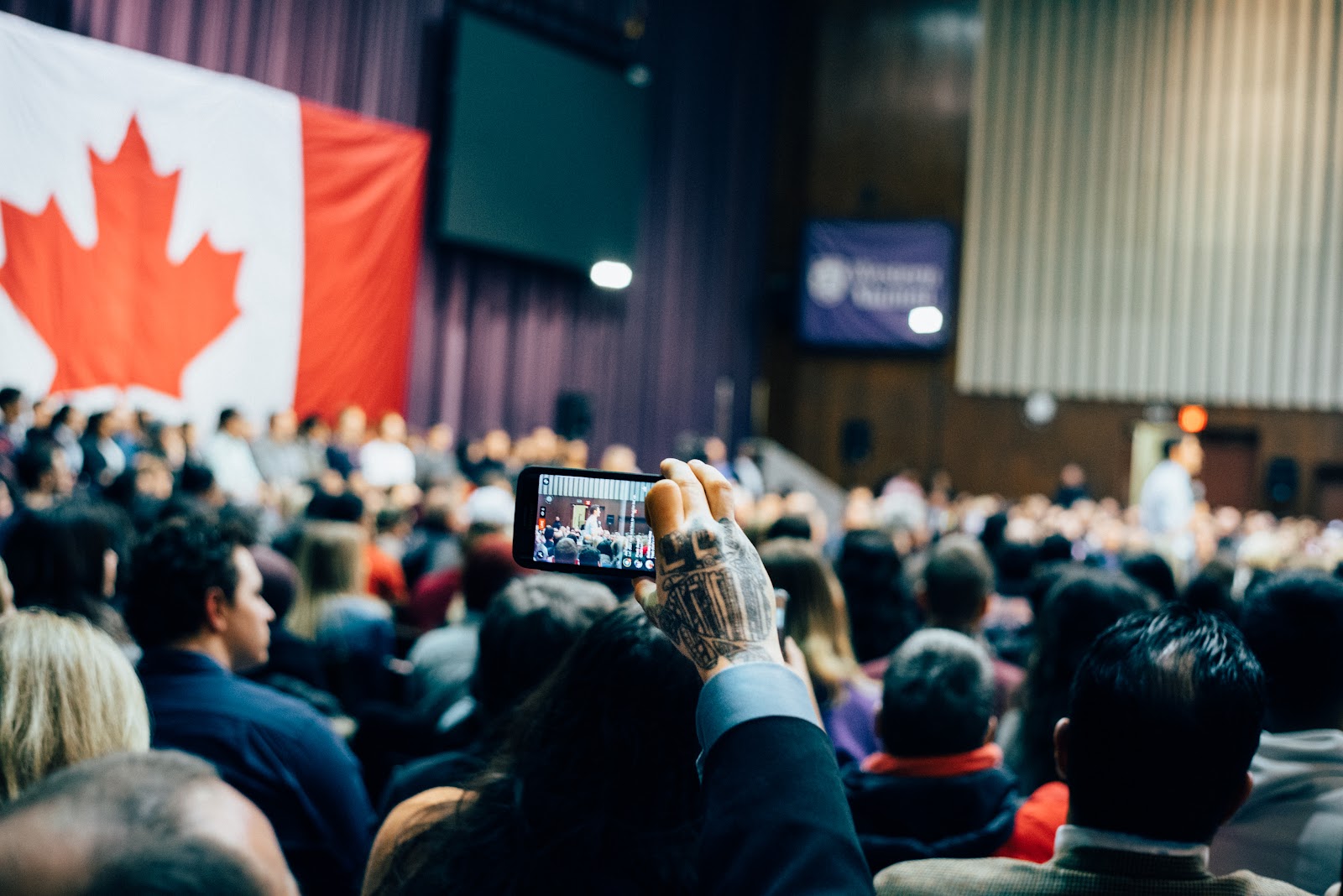 If Justin Trudeau can’t uphold standards for ethics how can he be trusted to take care of our veterans?

Joseph Angelini, a military veteran, asked the Prime Minister why he had to rely on his father to buy groceries because his pension cheques had not come in the mail for 6 months.

Trudeau, in response, demonstrated his acting skills and put on his sad face telling Angelini that the Liberal Government would look into it. Given Trudeau’s track record on action, it is saddenning to think Angelini may never receive his cheques.

Lorrie Vassos, an attendee of the town hall, indicated to the Prime Minister that disabled individuals were never able to get into the event and get the seats that were supposed to be reserved for them. Trudeau is not entirely to blame for this as the onus is on the organizers for not considering accessibility after moving venues for a third time. However, it should be noted that this was Trudeau’s tour thus he holds some responsibility to look out in the interest of all citizens. 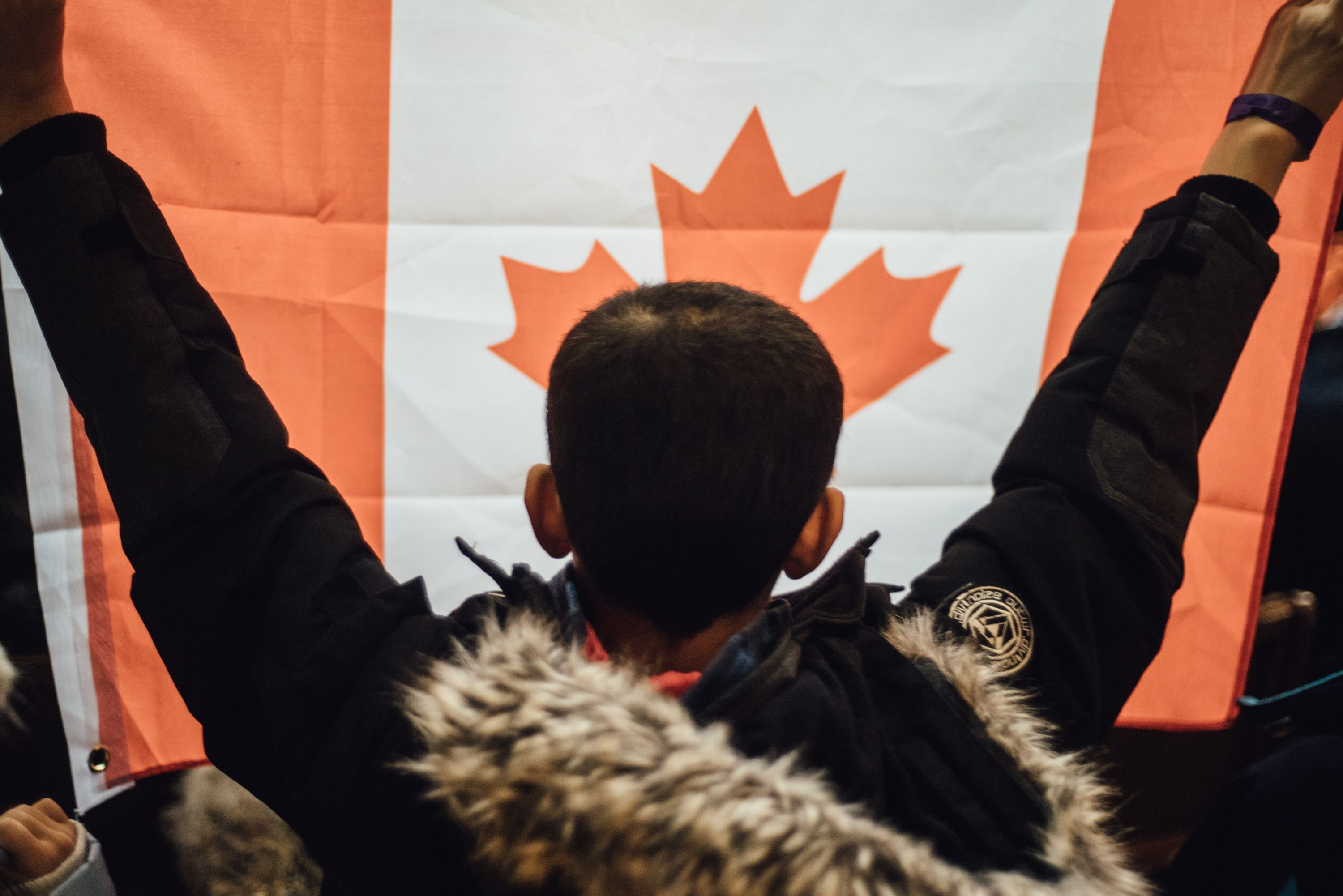 The event was not just a rally for Trudeau fans to beat their chest, there were plenty of good comments mixed in with the criticisms of attendees.

Justin Trudeau did acknowledge that climate change is real and has been taking actual action, as opposed to Canada’s former Prime Minister, and that Canada will be sure to hit its climate goals by 2030.  Trudeau also spoke about the current mental health crisis in Canada and said his government would be putting forth billions to assist in resources and education to help combat the epidemic.

In attendance, one of the 25,000 Syrian refugees Trudeau had invited to Canada came to thank the Prime Minister for saving him from the ongoing war and crisis in Syria. His story was enough to bring tears to the entire audience, it even left Prime Minister Trudeau speechless for a few moments. 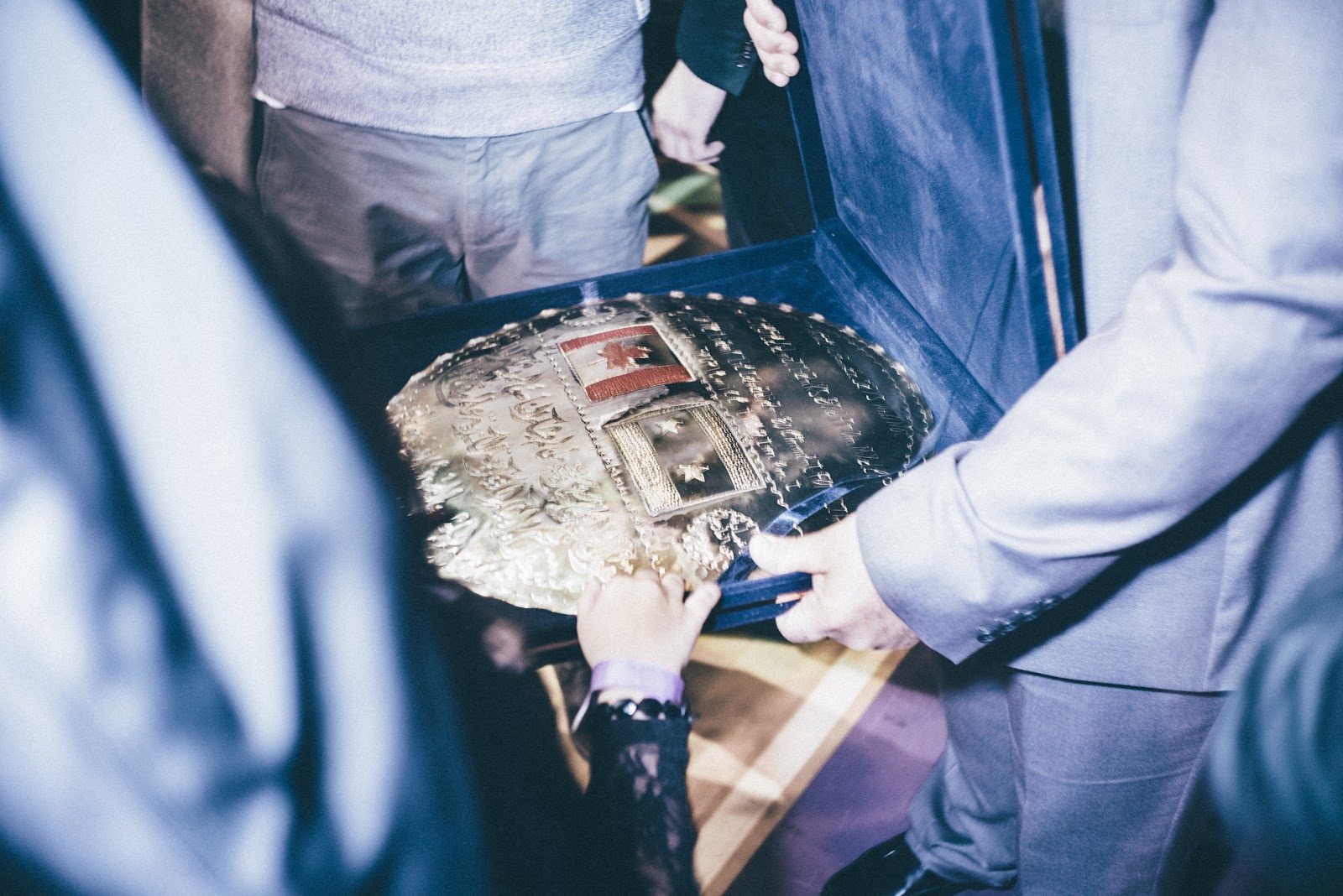 After the town hall, a child presented Prime Minister Trudeau with a plaque. The plaque featured above shows the Canadian and Syrian flag side by side. It was a very heart warming way to end the evening.

Moving forward, Trudeau and his government still continue to face many criticisms as they lack to take action and create sustainable change for all Canadians. However, in these intimate moments between our Prime Minister, his questioners, and thankful Syrian refugees, it reminds us how fortunate we are to be Canadian.