KUCSC and USC Campaign Forum: The Future of Education in Ford's Ontario 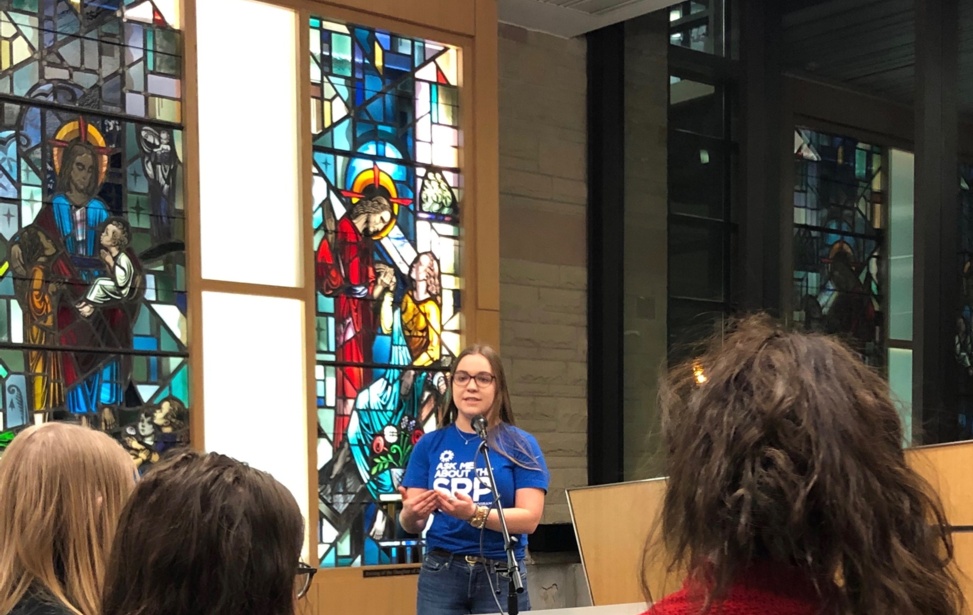 With the election campaign in full swing, candidates from the University Student Council (USC) and affiliate colleges were hard at work to encourage students to vote and raise their voices during a politically tumultuous time. The Ford government’s recent announcement to introduce cuts to Ontario Student Assistance Program (OSAP) have sparked frustration across numerous university campuses in Ontario. The cuts for OSAP will also have an impact on operating budgets for university clubs and services. This ultimately presents a dilemma for the social and academic life of Western students because a lack of student clubs and services diminishes their overall support and participation within the school community. Therefore, it is both fundamental and necessary for Western students to recognize the true importance of student politics. More importantly, student councils exist to represent the student population and address our issues and concerns. The cuts imposed on OSAP will present an inevitable challenge for the upcoming 2019/2020 academic year, however Thursday night provided a glimmer of hope for the future.

The King’s University College Student Council (KUCSC) campaign forum held in the Student Life Centre (SLC) on Thursday, January 31 was an opportunity for the USC presidential slates and our very own KUCSC presidential candidate to assuage student fears of imposed cuts to OSAP grants.

The public forum was introduced by Claire Linley, Vice President of Student Affairs, who spoke about a new potential initiative at King’s called the Student Refugee Program, which ran through World University Service of Canada (WUSC). Linley explained that an upcoming referendum is set to take place during February 4-5 to determine whether or not students support a five-dollar fee increase to fund the program. Linley further explained that, if passed, King’s University College will sponsor an incoming student refugee for two years. In order for the referendum to pass, 620 King’s students must vote and 51% of the votes must be in favour of the initiative. The initiative serves as a prominent reminder of how sponsorship can provide an individual with the opportunity for a better life and education here in Canada.

The ForYe team (Jared Forman and Frank Ye) were the first to speak at this open public forum. The two have worked as USC councilors as well as other administrative roles in their respective disciplines. They highlighted their accomplishments as USC councilors, particularly motions passed to mandate a sexual violence prevention strategy for councilors, a mature student issues committee, and a LGTBQ2+ committee with the installation of gender neutral washrooms. They present six crucial pillars for their platform and tend to focus on mental health and student safety on campus. The ForYe team is passionate about honouring and respecting the voice of Western’s student population as well as addressing the harsh cowntemporary political climate.

Bardia Jalayer was present to speak on behalf of his partner Catherine Dunne, as Jalayer outlined his and Dunne’s platform for their USC presidential run. The main point Jalayer emphasized during his talk was bridging the gaps of engagement between the USC and the campus, particularly the HBK (Huron, Brescia and King’s) affiliate colleges. Jalayer also illustrated the need for their platform to reflect student safety for affiliate colleges, such as proper lighting on streets and expanding crisis services to students. The need for engagement with affiliate colleges is a platform policy of particular interest to Cat and Bardia. They do not wish to view the relationship between the USC and affiliate colleges as a hierarchy, but as a partnership. Therefore, they wish to serve the needs and interests of the HBK alliance in order to bridge the gaps in engagement between council and students.

The final speaker of the night was KUCSC presidential candidate, Jessica Afara. During the forum, Afara explained that her prior experience as a KUCSC councilor motivated her to run for president, while discussing her platform to the audience. Afara proceeded to take questions from both the moderator and students at large. She emphasized that her role as KUCSC president would be paramount as a result of the acquisition of new seminary land and the OSAP changes. Afara reassured students that in spite of the OSAP changes for the 2019/2020 academic year, the council will remain steadfast and prepared for what is to come. She also emphasized the importance of collaboration between the HBK affiliate colleges, in which Afara points out that she has already consulted with Huron’s new incoming student council president. Other important issues discussed during the Q&A session with students involved more engagement with The Regis, the opportunity fair, environmental initiatives, and live-streaming council meetings.

The evening concluded with a short promotional video for WUSC’s Student Refugee Program in which the following question was raised: “What does $5 mean to you?”. While many students in the video gave a response, the video ultimately highlights how a small contribution can make a huge difference.

The public forum provided an extraordinary opportunity to assuage student fears and instill a sense of faith and confidence for the upcoming 2019/2020 academic year. The Ford government’s decision to impose cuts to OSAP certainly impacts the student population, but it is important to remember that our student councils are always here to protect and strengthen our voice.