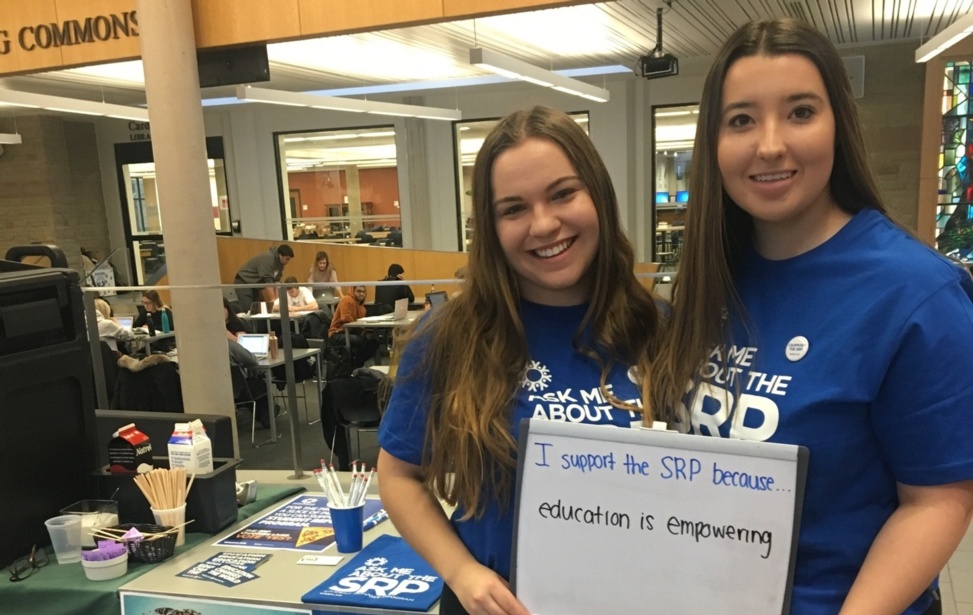 On Thursday, February 7, something remarkable and historical happened to the KUCSC. In the last few years, it can be assumed that referenda held at King’s were never legally binding due to failure to meet the voter threshold. The last referendum that was held at King’s was two years ago, in the 2016-17 academic year, when the KUCSC passed the BDS motion and sought to boycott and divest from companies in violation of international law. This referendum saw a 17% turnout, with 85% in favour and failure to meet the 30% threshold prevented it from being legally binding. However, this year, with the efforts and conviction of VPSA Claire Linley and the AVPSA Katie Dennis, King’s will have the privilege to say that it supports WUSC’s Student Refugee Program.

The World University Service of Canada is a non-profit organization that looks to provide opportunities, education, and employment to youth over the world. The Student Refugee Program is aimed towards re-settlement of refugee students who are in dire need and bringing them to Canadian campuses in need of better opportunities.

The WUSC referendum saw a lot of behind-the-scenes action and hard work; truly, it was a commendable effort by the KUCSC. At the last KUCSC meeting of 2018, a motion was brought forward to lower the voter threshold for referenda from 30% to 16% of the King’s student body, which is roughly estimated to be 610 votes. This motion was met with great reception and minimal debate, as the students’ council recognized the need for referenda to be effectively carried out at King’s, especially considering the rather low voter turnout each year. This 16% has been one of the highest voter turnouts that King’s has seen compared to the KUCSC Presidential elections of 2017-18.

During the campaign period from January 21 to February 3, the KUCSC set up a campaign booth in the Student Life Center with pins, stickers, and candies to raise awareness about the program and the referendum. Voting took place on February 4 and 5 and saw an overall turnout of approximately 640 students. The KUCSC executive, armed with iPads, put in all their effort to ensure that maximum number of King’s students voted. Class visits, residence visits, and physical presence in all the campus buildings were arranged to raise awareness and encourage people to vote and make their voices heard. After nerve-wracking days of campaigning and two impatient days of voting, the KUCSC is proud to have the student body vote in favour of this initiative which will definitely change many lives in the years to come.

In light of this, we caught up with VPSA Claire Linley and AVPSA Katie Dennis via email to talk about their experiences.

The first time I had the idea of ensuring WUSC's success at King's was last February. I had heard rumblings that the Dean of Students, Joe Henry, was working to bring it to King's, and I had known about the wonderful program through Huron's work with WUSC. When I decided last February that I would run an election for VPSA, I wanted to make WUSC a focal point of the campaign.

Joe Henry was the first to reach out to the organization. Since I was elected as VPSA, I have been in primary contact with reps from WUSC. Their information is very accessible!

An immense amount of work went into planning and executing the referendum. There are a few things that really helped though, and without it, I don't think it would have been a success. First, WUSC actually provides much of the tangible material for the referendum, so they are exceptionally supportive of their local committees. Second, my associate, Katie Dennis, was absolutely instrumental in the planning of the referendum through coordinating the booth and dedicating so much of her time to the ref. Lastly, it was truly unbelievable to have the support of council and my fellow executive.

Things to keep in mind constantly were to continuously educate students about why WUSC is different and why they should vote! And to just keep going!

A voter threshold matters when dealing with referendums because it is supposed to be a democratic system, so if you are only sampling 20 students out of 3800 that is not a fair representation, especially when it comes to student's money!

The voter threshold at 16% I think is a fair threshold. By no means was it an easy accomplishment to receive the 610 votes, however it was not impossible, like the previous 30% threshold was.

I think it sets a precedence for future VPSAs to come to truly utilize their position to create tangible change – legally binding change! I am not saying every year there should be a new referendum because that is absurd, but it just proves that it is possible to create change through referenda!

The anticipated challenges are whether or not the [student union, with regards to the recent announcement by the Ford Government] fee will be an opt-out/opt-in fee. Especially if it is an opt-in fee, it could jeopardize the entire existence of WUSC at King's.

I had heard of the SRP and WUSC prior to Claire proposing its arrival at King’s because a friend of ours was in charge of it at Huron University College. I knew that it advocated for the sponsorship of student refugees, but that was essentially all I knew. Even with that information, however, I wanted to know more about it because it seemed like an amazing initiative.

There was a lot of preparation that went into the referendum. The WUSC organization was able to provide us with a lot of the promotional materials, but we had to be strategic with finding a balance between the social media promotion and the in-person presence on campus. We relied heavily on everybody in the KUCSC to raise awareness about the referendum by spending time at the booth, approaching students to talk about it, and posting about it on their social media.

The biggest obstacle that both Claire and I anticipated was meeting the voter threshold. In order for the referendum to be successful, we had to meet a voter threshold of 16% and a majority of those votes had to be in favour. Throughout the past years, the most popular presidential votes have just seen about 600 votes and as the 16% threshold was equivalent to just over 600 votes, we were extremely worried that we would gain the support, but simply not meet the threshold.

I think that this referendum and the implementation of the SRP at King’s simply reflects upon accessibility and opportunity. This program helps to provide access to higher education for students all over the world, which opens up the door for thousands of opportunities, and I believe that, as a university campus, it is our responsibility to provide students, no matter their background, with this opportunity. Accessibility has, and always should be a priority of any institution, and this program is simply an extension of it.

Claire brought this idea to me in the summer of 2018, and it has been a whirlwind since then. I was able to attend the WUSC leadership training in Ottawa that provided me with an extensive overview of the WUSC organization and what they do. I was able to learn from other local committees about their experiences and ask any question that I may have had. Since then, we have attended numerous webinars, worked in partnership with Paul Radocchia (CFO), and Joe Henry (Dean of Students) to raise awareness about WUSC, and strategized with Julia Chiasson (CCO) to achieve a strong presence both on campus and social media. It has been a long journey that has required a lot of time and effort but has been made much easier with the contributions of the KUCSC and evidently, the support of the students.

One of the main focuses of King’s that I’ve seen in my time here is the importance of community. Specifically, one of the best parts about the SRP and WUSC is its use of a peer-to-peer model. Essentially, the Outreach commissioners on council are the mandatory local committee, but anybody is able to be on the local committee, and as a member, you help the student with their transition into the Canadian systems. Essentially, you get to meet and hang out with new people that will add to your university experience as a whole. The implementation of this program would not only enhance the accessibility and diversity at King’s, but also the connection that we foster as a small community.

The WUSC referendum shows the student body how powerful student politics and advocacy can be. Going forward, the only challenge would be to see whether the OSAP cuts affect the execution of the program.