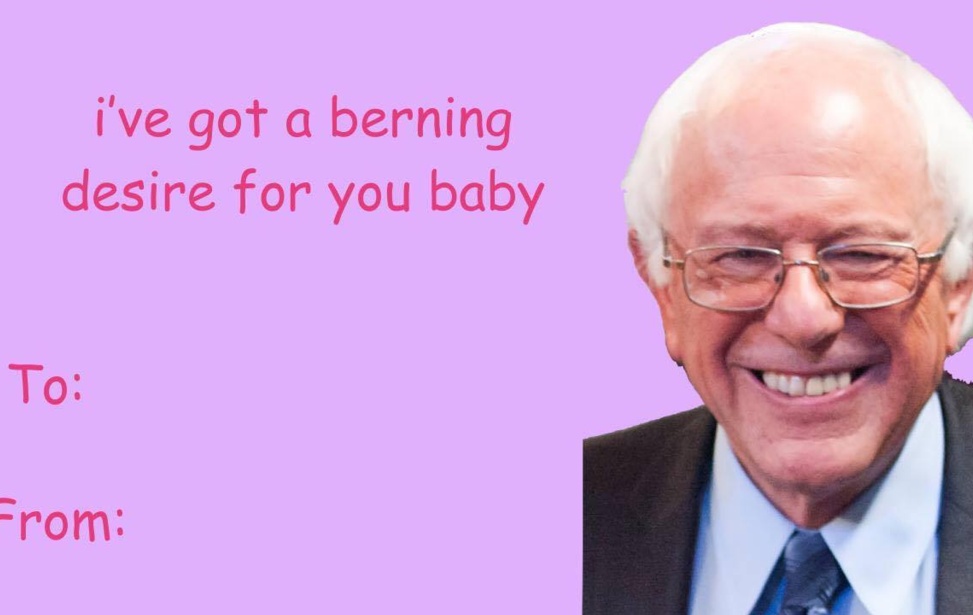 In the spirit of Valentine’s Day, and with the globe being more politically divided than in all the years I’ve been alive (a whole 20 years, wow), let us talk about relationships and the role that politics plays within them. Being asked to write an article about love, sex, or relationships, while also being a political science writer, what could be a better marriage—pun intended—than to talk about if relationships can survive the impending doom of political division. In the era of Kellyanne Conway’s “alternative facts,” this writer will not be using any made-up bullshit to present their argument, but rather cold, hard, empirical, and scientific evidence. For this, we turn to the wondrous field of psychology.

To start off, I was rather surprised how little exploration there actually is on this area of study, since, you know, everyone with a keyboard is suddenly a politician these days. On that note, there is a ton of anecdotal evidence and stories from first-hand accounts. We will talk about this later—but for now, what do the few researchers that we do have say?

According to C. J. Phillips from The University of North Carolina at Chapel Hill reminded us that we use political criteria when we decide who to let into our social networks, who to speak with, and even who to become romantically involved with. Phillips questions why we may do this when the population is rather disinterested in politics, ignorant, or both—and argues that political attitudes are “core attitudes” where compromise is not only improbable but incredibly hard. Ultimately, Phillips suggests that in regards to romance, we seek partners like us. In the results section of her study, Phillips concluded that not only are we more attracted to those who share our political views, but we would rather spend more time with them. She also concluded that in non-marital relationships, political attitude similarity is a result of choice rather than coincidence, and that politically similar couples report a higher level of relationship satisfaction. Phillips calls for the scientific community to reconsider how we measure political importance, especially as a factor in relationships. Given this evidence, it is rather safe to say that political dissimilarity may be a death sentence to a relationship, right? Well, maybe only in non-marital situations.

A study conducted by Watson, et al. (2004) reported that newlyweds displayed high spousal similarity (values, beliefs, intelligence, education level, etc). However, it was found that there was no link between spousal similarity (political values as a subdivision) and marital satisfaction. Watson, et al. (2004) speak in their article about the concept of social homogamy, which is defined as “passive, indirect influences on spousal similarity. It reflects various effects due to social background, socioeconomic status, and the social environment.” This poses a third variable problem in the fact that spousal similarity may be since often we see individuals of similar social background, socioeconomic status, relatively similar upbringings, and similar location tying the knot, rather than by the so-called choice that Phillips (2015) eluded to. Also, we must take this article with a large grain of salt in regards to its context. This study was performed on newlyweds in which marital satisfaction levels have been recognized as usually rather high—the “honeymoon phase.” Also, this article was done over a short period, and it very well may be that spousal similarity has an effect later in marriages where satisfaction levels have been recognized as “lower” and “variable” (Watson et al., 2004).

Given the empirical evidence provided by both studies, and the blatant confounds that are found within them, science arrives at a discouraging, inconclusive result. Sometimes this happens, Donald, and an absence of evidence is not evidence of absence.  There is little evidence on the topic regardless of if both studies do truly provide compelling evidence, and more research is warranted. The idea that people who are similar in terms of social status and their environment share similar values and beliefs is too overbearing to conclude that political similarity will result in marital or relationship satisfaction, and this needs to be controlled in further exploration. Maybe the couples who reported higher relationship satisfaction were happy for a reason other than their political similarity (i.e. certain admirable traits are linked to political similarity). Just think, maybe Melania stays around for the money, rather than the political beliefs.

So, what does this mean for you, Mr., and Mrs. Valentine? This means that your relationship very well may thrive despite your political division. You may very well be a happy couple, and you may ride off into the sunset. However, before you get too excited, anecdotal evidence is most certainly not in your favor. An article by CNN (2012)—fake news, gosh, I know—reported that if both parties agree to disagree, the relationship can last, but it requires openness and honesty. So, in other words, it takes work. On the other side of the coin, CNN also reported that overcoming political division is “accepting that opposing viewpoints don’t invalidate yours,” which can be hard for some, including myself. Also, if you are a person that needs to be right, you are far better off to stick with someone who shares your values—guilty as charged.

Let’s get down to the brass tax—most will argue that the key to whether you and your hunny can survive political despair is based on how much either of you care about politics, the amount of respect you have for one another, and whether it is a deal-breaker for you (Hax, 2013; Sirota, 2015). Ultimately, this means, can you deal with it? As mentioned before, this can be evermore challenging in a world where we constantly face barrages from the political sphere and severe polarization in beliefs.

Now, the moment you’ve all been waiting for—how does the author feel about this? From personal experience, when you have two people who are incredibly headstrong and dead-set in their beliefs, it is nearly impossible to make it work. When you’ve got something so ingrained into your head, and your loved one does not agree, this can not only be disheartening but very frustrating. With that being said, if you don’t care about politics, keep on keeping on.

Now, it isn’t entirely fair to say it is impossible to make it work. For me, the deal-breaker is uninformed opinions. As one of my great professors reminded us, we want arguments—NOT opinions. You transition from having an opinion to an argument when you have developed that opinion upon merit and evidence. I hate nothing more than strong, baseless opinions, as it makes it incredibly hard to respect the opponent. One of the rules of debate is to refrain from ad hominem—that is, attacking your opponent, rather than the ideas that they represent—good luck maintaining this when you are endlessly frustrated. If you do not follow the media (critically, of course), and you do not study politics, or even participate in our democracy, I am sorry—you do not have the right to have a say. However, if you do, and you still disagree with me—maybe, just maybe, it can work.

Grinberg, E. (2012, October 22). What we can learn about relationships from politically divided couples. Retrieved from URL http://www.cnn.com/2012/10/22/living/politically-divided-couples/.