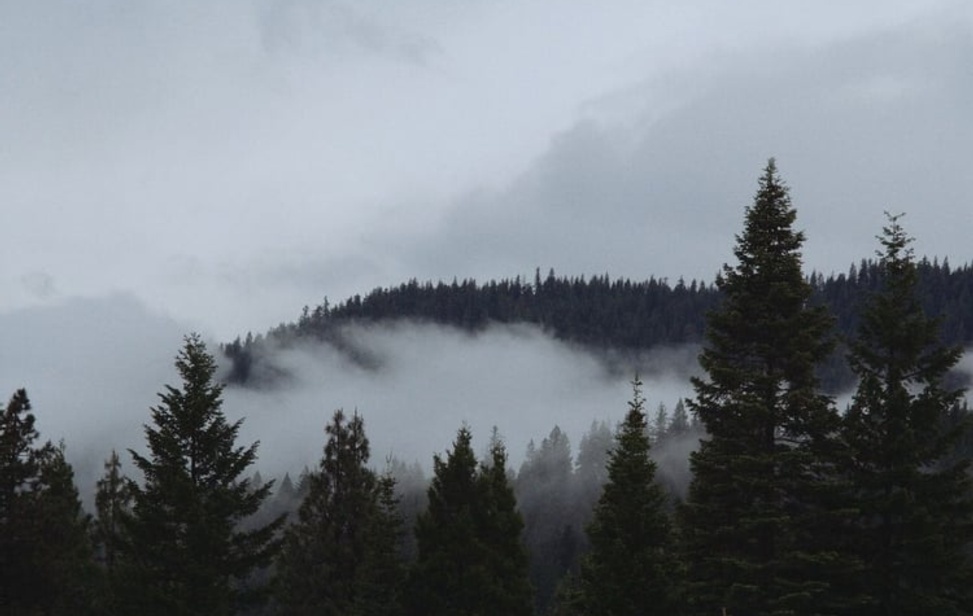 image credit: We Heart It

“Hello,” a part-timer chimed. She appeared thoughtless and hollow. But this is what normal people do. Robert gaped into her eyes, tilted his head, and politely said, “hello.” Dozens of signatures had already filled the registry, written proudly with excited flicks. Many of whom were unrecognizable. He pondered before managing to write his own. Then he squinted to the back of the narrow chasm that was the visitation room. On top of a table like no child should ever be, his daughter stood. She was encased in a little urn.

But his tunnel vision became eclipsed by a much narrower figure: Jennifer. He winced and remembered stripping her of those exact stockings. He remembered her pale legs contorting around him, and the brilliant shades of red and purple which he streaked on her behind. Carnivorously, Jennifer swayed her hair and eyed him. Like a vulture, she picked at the dry tendons of Robert’s decayed lust.

His wife, attached to his arm, noticed Robert’s head turn toward their sitter. At last, she struck his face. The humiliating crack silenced the building. She straightened her collar and proceeded to the urn without him. She only wished that she had worn her wedding band one day longer.

A hand caressed Robert’s neck. He recognized her red, manicured talons, instantly. Jennifer flirted with her food by gently dragging her claws on his neck. Her rotten words brushed his cheek. But he stared at his guests’ shoes rather than at her predatory porcelain face. Chasing after his gaze, she hugged his waist and guided him to the sofa.

Robert exhaled what little energy he reserved to see his daughter. The darer squeezed and caressed his thigh. He grabbed her hand, unsurprised that it was cold. Her plump, pink lips parted. But before she could speak, he lifted it, and gently put it far away from him.

“Excuse me,” he remarked. Jennifer scoffed and looked around. A tear poked her eye and she pouted towards other observing men.

In his car, Robert retreated to a cigarette like the tit of a toxic mother. Two of his right fingers were stained yellow and odorous. But nowhere on his body was he bruised from playing outside with Sam. Now, however, his organs were spotted with contusions, newly blackening each hour. Each pillow whisper, each push of neglect, and each step he ran away repeated in front of his eyes and battered him. A homeless man walked by, and he nearly ran to him for help but spared him from being his scapegoat. He needed to truly confess.

Robert went through his phone, and called a number under the name “Paul.”

She sighed. “What did you do this time?”

Doreen sat down on her balcony with a warm cup of coffee. The clouds, as per usual, loomed over the Birmingham streets. Her frayed, greying hair tangled with the wind, and she combed it away from her keloids.

“I’m at my daughter’s funeral.”

Doreen gasped. Inside the apartment, their daughter spied.

“I was watching her. And…well, I wasn’t watching her, I was with a woman… in my bedroom. But it was just a few minutes.”

He started to fight back nausea.

“Well, after, she went outside to check on her… and she couldn’t find her. What she did find, though, was a dent in the yard. It looks like she was trying to dig a tunnel to our dog’s grave, and suffocated… when it collapsed.”

Doreen stuttered. Her daughter watched the distraught not knowing how to react.

“Jesus Robert… were you fucking her babysitter? Why do you have children if you’re just going to go out of your way to abandon them?”

“Maybe this will teach you something, huh?” Doreen now paced back and forth on her balcony. Traffic roared and tires screeched. “They don’t last forever, Rob! I bet you didn’t even know what her favourite colour is. Or her favourite animal. She needed you!”

Robert looked at the glove compartment. The ashes of Molly, his late dog now cremated, sat inside.

“Maybe I’ll just end it all and hang myself.”

Doreen clenched her jaw, “typical! And run away from your problems again? Don’t you see? You are being selfish and cowardly. Again!”

They both paused in silent shock.

“No! What makes you think either of us even wants you back?”

“I promise to God I’ll be better. It would be stupid of me not to be. You’re the only person who has ever been so honest with me.”

The phone went silent for a moment before Doreen grumbled. “If you’re a bastard, I swear to God, you’ll be on the streets.”

“But you better not come here empty-handed. And don’t you cheap out like you did last time. I want PRIME RIB and EXPENSIVE WINE, and you better bring some PINK macarons for Jackie. ”

“How about I bring a couple steaks and wait for you to cook it for Jackie and me?”

He found a flight which departed at noon tomorrow, and immediately bought himself a seat. He opened the glove compartment, and in front of a dim light, the velvet tomb gently glowed. He cradled Molly in his palms. Fine dust absorbed into his skin, and he smelled it. It was like being greeted by her in life, getting covered in foul drool, except what powdery substance she left now smelled of fire and pain.

Robert marched back to the funeral home with Molly concealed in his suit pocket. Dozens of beady eyes watched in anticipation for his next mistake. He focused on Sam’s urn, and the room tightened again, this time spiraling with ridicule and judgment. Cheater. Liar. It’s all his fault. I don’t find him handsome at all. But the closer he got, the whispers faded under the soft tune of Sam’s favourite music.

And there she was. Reduced to fit into a violet vase with marble swirls. “Samantha” was engraved in silver lettering at the very center. His own skin tried naturally to flee from his body. The myriad of blue rose bouquets surrounding them all scowled jaggedly at him. He noticed a drawing in her favourite sketchbook. A red house in the middle of the page, next to a large purple maternal figure and an equally large dog. Then a smaller figure emerged, hunched over behind a window. It looked sad and occupied and useless.

He touched the urn’s lid. The metal was freezing. It was colder than Jennifer’s skin, and the English winter during which he fled from Doreen, who was only weeks pregnant. He pried it open, revealing the snow of Sam. It manifested purely what Robert mistook for unforgiveness and hate.

Like a sacrament, his actions were careful and clockwork. He undid the pouch, and put it away neatly. Then, poured the ashes into the urn, which fell gracefully like a stream. He took one of Sam’s chewed pencils and began stirring them together. Molly’s ashes were darker due to her age. And the two hues blended bewitchingly, as if they finally met for a forbidden dance.

“What are you doing to my baby?” his wife wailed, piercing the silence. “What do you think you are doing?”

“I am doing what I should have done every day.”

Sherry swept up the velvet bag and watched her husband leave the building. Rumours still rippled through the crowd, but he smiled to everyone on his way out, including the happy, hollow girl. Jennifer noticed him leaving and pushed the guy she was chatting with to the side.

“Are you leaving? Can I come with you?”

He looked at her pretty eyes and saw past the layers of façade. Through the mirror of her sclera, he saw himself. And he turned around.

Robert returned to his barren home and prepared a suitcase. He scanned the area one final time, and noticed a picture he had forgotten on the mantle. In it, Robert crouched, with an arm around Sam. They were at the Anniston Museum of Natural History, posing in front of the articulated skeleton of a tyrannosaurus-rex. They were both grinning hysterically. Sam marveled at the dinosaur, presenting it with extended arms. But Robert was looking at her. At each of the exhibits that day, Sam listened attentively and even supplied the tour group with facts that she knew. The drive home was also riddled with facts. And proclamations of what “the best day ever” was like. Robert agreed. That was the best day of his fatherhood, and he can do it again.