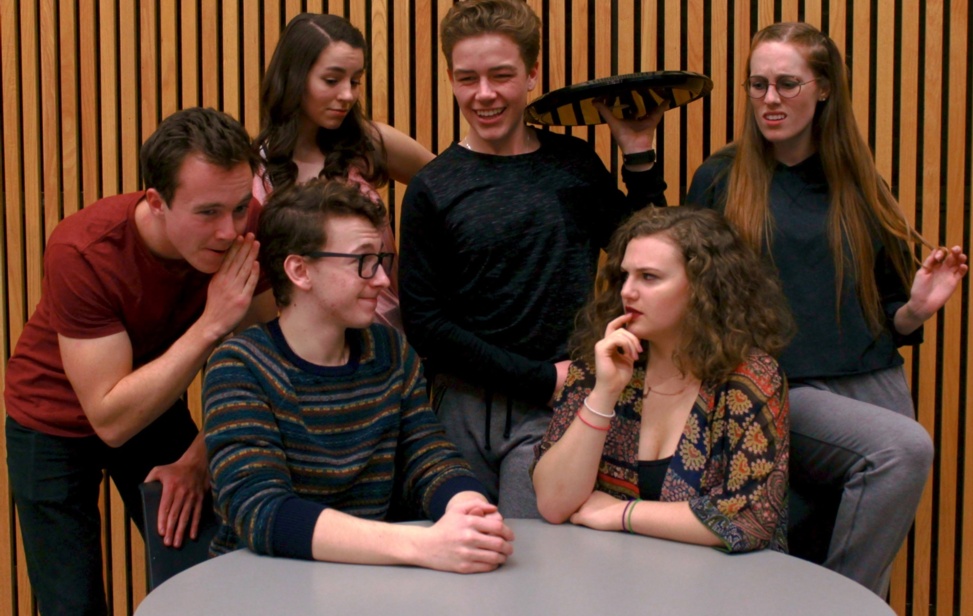 On January 31st, 2018, the King’s Players Theatre Company will be opening their winter musical, “First Date” at 8:00pm in the Joanne and Peter Kenny Theatre at King’s University College.

The show is considered broadway’s romantic comedy and for 90 minutes audiences will be delighted by joining Aaron and Casey on their journey through a blind date set up by a mutual friend. So, what can be expected of this awkward first encounter?

Aaron is on his first blind date, but Casey has been on many disastrous blind dates before. With visits from Aaron’s ex, Casey’s controlling sister, overprotective parents, and even Aaron’s future son, this date is bound to be interesting. Audiences can expect this first blind date to have it all. From awkward pauses, a very excited and dramatic waiter, religious differences, and (slightly concerning) internet background checks, audiences can expect to be laughing the entire way through.

Cassandra Di Felice, director of the show, says that “it’s fun, it’s a nice night out, and it’s nice to support local artists.”

Di Felice believes that people should come and see the show because of its relatable and simple-minded nature: “A lot of the times when you go to see a show, it's very relevant and political, which is wonderful, but sometimes it's nice to just go to the theatre and enjoy something without having to think about those things.”

Di Felice pointed out that it is a very modern show, being on broadway in 2014, which means “First Date” is very relevant to the ages of the people who are in it and running it.

“It’s been a wild ride. It’s incredible to see everyone grow and see the show grow from the beginning to the final product,” says Di Felice. “Everyone has just been so incredible, so it has been a wonderful experience overall, I am just very fortunate.”

When asked to describe the show in one sentence, Di Felice said, “Conservative businessman meets artsy liberal female and goes on a date… you know what happens next.”

When given the opportunity to describe the show a few of the cast members said:

“Super relatable, and yet super extra and ridiculous”

Finally, before the show, professional singer Tatyana Austrie will be performing a jazz set starting at 7:30pm as people enter and take their seats for the show. Audience members can expect to hear classical jazz centering around the theme of love and loss. Austrie will delight audiences with her music by guiding them and setting the mood, ensuring that viewers feel as though they are part of the actual restaurant in which the musical takes place.

Come and see if Aaron and Casey have a chance at a second date!