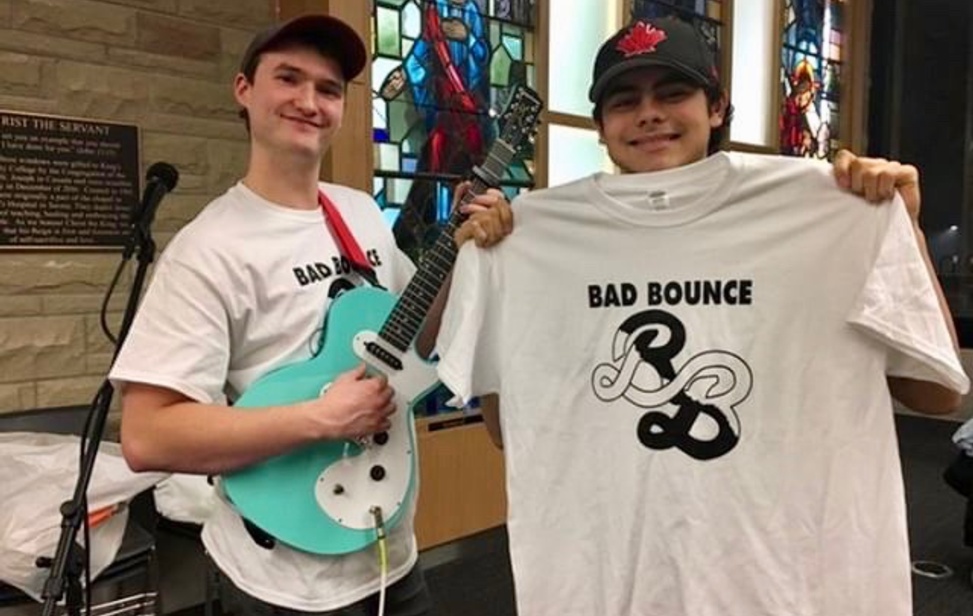 The bi-weekly Coffee House on January 9th, 2019 at King’s University College brought warmth and light to the cold winter night. The performers, including the band Bad Bounce, filled the Spriet Learning Commons with guitar and song. The audience socialized, bonding over treats and respectable applause for the performers. Among friends and strangers, I could feel the art of the music, the culture of song and truth in the room.

I sat next to the glass window

close enough to hear the band.

I faced the spectators to carefully examine:

a natural interaction between composer and listener;

adequate applause from the audience.

I asked an observer, “Anybody else performing?”

I suppose she took me seriously.

Flies in a text.

I planned an emergency exit.

I psyched myself out:

I forgot to be wary of his live performance.

I left without a picture.

I know I could do better.

when not yet a master.

For lack of a quality sound, mostly on my part:

I saw the way he held his guitar,

how he gazed at the audience.

His partner joined the crowd in studying him.

He was quite a show.

Precisely, he held his strings to hear his perfect melody.

Modestly, I caught his sly smile.

Specifically, I was enticed.

Entirely, I was captured.

Carefully, I crushed on my crush,

an enthusiast, rather than a guitarist.

Will we ever address our subtle blush?

An electric guitar engages an audience when it is tenderly tuned.

A musician marks their melodic motifs for mere mastery.

A performance persuades a listener when it is powerfully produced.

A crowd clues into the challenging chords when it is carefully composed.

A smile facilitates his ease to genuinely smile.

A connection seeks a missing link.

A brunette plays with her silky hair.

A conversation leads to an oblivious affair.

On this snowy silent night,

a Coffee House spilled suitably for their gracious guitarists.

Unlike, my puppy love:

a flightless kite, an unrhythmic drum.